Diabetes is one of the biggest health problems facing the United States, with over 29 million cases (in total) and over one million diagnosed every single year.

It’s no wonder that more and more Americans are turning to a better way to store their insulin and protect their investment in their health – this stuff doesn’t come cheap.

If you’re diabetic, an insulin fridge is a necessity: something reliable, with consistent temperatures, and where you can trust thousands of dollars of medicine to not go bad overnight.

We’re going to go over the right temperature to store insulin, why it needs to be refrigerated, and how long it lasts (or rather, how quickly it expires) when not stored in a proper refrigerated space.

Does Insulin Need to Be Refrigerated?

Yes, insulin absolutely does have to be refrigerated.

While it doesn’t seem like it, since it’s just a clear liquid in a container, insulin might as well be food-grade. It contains a high number of proteins, which can spoil when left outside of the optimal temperature range.

If insulin isn’t stored properly, it goes bad similarly to how food does, just at a slower rate.

Many diabetics are very sensitive to insulin as well. Certain insulin, such as injection pens, are often stored at room temperature to avoid any destruction of the proteins and to maintain its effectiveness.

What is the Optimal Temperature for Insulin?

36°F up to 46°F is the optimal temperature for insulin storage.

This is the most effective range to protect the proteins found in insulin, and preserve your insulin for as long as possible.

Unopened insulin vials and pens can be stored up to 80°F at room temperature if you don’t have access to a refrigerator, but it’s ill-advised to do this.

How Long Does Insulin Last Out of the Fridge?

A total of twenty-eight days,

However, this is a textbook concept, and not necessarily how long it’s going to last in application.

You can’t always know what the room temperature is in your home or the area that you store your insulin, and that uncertainty that could lead to potential spoiling is exactly why diabetics keep their insulin in the refrigerator.

You should always err on the side of caution. High temperatures can destroy the proteins found in insulin, so it’s always better to be safe than sorry.

It’s not feasible to assume you can maintain a perfect room temperature where you store your insulin, during every hour of the day. Not unless you want to spend more in energy bills by cooling your whole house versus plugging in one mini fridge.

How Big Should Your Insulin Fridge Be?

It depends on what insulin you’re storing, and for how many people.

For one person, a full two cubic feet should suffice. You don’t want to crowd warm insulin together and leave a “hot spot” in the middle. There needs to be sufficient airflow between each container or vial.

Two cubic feet for one person, just to be safe. Four cubic feet for two people, and so on and so forth. Now, this isn’t a ride-or-die rule: you shouldn’t go out of your budget just to have all this extra room in an insulin fridge.

If you put your vials in there now, you’re going to say, “Man, there’s some extra room in here.”

We want to keep a dedicated insulin fridge to ensure that there are no issues with chilling. It’s also easier to gauge if a refrigerator is actually working without a bunch of items crowding it up.

It’s not uncommon to put a bunch of room temperature items in a refrigerator, and see that air temperature drop for a while. We want to chill the insulin quickly, and always have an accurate reading of how the air temperature is doing.

Do Insulin Pens go in the Fridge?

More often than not, your insulin refrigerators don’t need space for insulin pens that use cartridges.

Since these are designed to last a short amount of time, such as seven days or so per pen, they fall well within the parameters of how insulin can be stored.

Insulin can be stored at room temperature for a total of twenty-eight days, between about 66°F and 72°F.

If you’re using pens with cartridges, you can simply carry them around for the seven days you’ll be using them, as long as you have a temperature-controlled bag where it doesn’t heat up too much. You’re likely to utilize all of the insulin in 25% of the maximum allotted time.

However, some people still keep their pens in the fridge. There’s nothing wrong with it, it’s just not required the same way that it is with vials of insulin.

What About Portable Refrigerators?

Portable refrigerators can be viable, but they do come with a higher risk of going out.

The basic 12V DC cords can be knocked out of outlets easily, they’re often left in areas like break rooms or places that aren’t heavily monitored, and the risk of destroying expensive medicine is increased.

Portable refrigerators can be useful, but more often than not, they are not quite as reliable. The main concern really comes down to consistent temperature control.

The sidewalls and insulation in the fridge that’s in your kitchen are thicker than those found in a portable micro fridge, which makes your residential refrigerator better for holding onto insulin.

Y’know, except for all the bacterial issues, which we’ll get into in a moment. Personal micro fridges are okay for cooling beverages in the car with your cigarette lighter plug, or bringing them to work to hold onto your lunch.

Each of these have the chance of running up to 130-140°F to hold onto hot foods on the edge of the temperature danger zone range. All it takes is one simple, accidental flip of a switch to go from refrigeration to heating, which will kill your insulin.

It’s a low chance that you’re going to do this by accident, but if it’s knocking around in the car while you’re commuting or while you’re carrying it from point A to point B, it’s still a possibility.

There’s no need to add that risk into play.

Why Are Mini Fridges Better Than Residential Fridges for Insulin Storage?

When it comes to storage, you want that dedicated amount of space without throwing it in with your food and drinks (for reasons we’ll get into shortly).

Can You Store Insulin in a Hand Cooler?

It’s possible, but it should only be done for car trips where you don’t want to miss your insulin injection window. It’s not a long-term, viable solution for insulin storage.

You can use this if you’re going on vacation and have access to a refrigerator when you get there, or if you’re on a car trip to visit a friend, but with hotels on the way so that you can store your insulin there for the night.

Can You Store Insulin in a Beverage Cooler?

Yes, you absolutely can, but it comes with a few caveats. Most beverage coolers are equipped to chill your drinks, which is not the same as making them cold.

A cold drink is between 32°F and 40°F, whereas a drink chiller can have 46°F as the lowest option.

Some beverages are actually better chilled instead of being ice-cold, but you can take advantage of this. Provided that the beverage cooler has good temperature control, and you can get the temp down to about 43°F (a few degrees for variables), you should be okay.

Insulin is best stored between 36°F and 46°F, so a beverage cooler could be a good go-between option. Because most beverage coolers have a glass door, you can actually see your insulin inside without having to open it and mess with the temperature.

The glass on the door is more prone to transmitting cold and heat, though, so you might run your beverage cooler for longer than a mini fridge for this reason.

It’s recommended – both for keeping cooling costs low and protecting your insulin—to keep your beverage cooler door away from direct sunlight.

It’s a sad, hard truth, but cold insulin can actually be more painful to inject than room temperature insulin.

What some diabetics do is remove the insulin from the refrigerator thirty minutes prior to using it, to avoid as much of the issue as possible. However, after this point, you should store your insulin to protect it.

While opened insulin can be stored at room temperature for twenty-eight days, you don’t want to introduce all those variables into something so critical.

Since it is possible to store your insulin in a beverage cooler, you could keep it as close to 46°F as possible (provided you have good temperature control settings) to make the injection as painless as possible.

Some Tips to Keep Your Insulin Fridge Perfectly Operational

One of the biggest things we’re worried about here is maintaining a solid temperature so you can sleep easy knowing your insulin is perfectly safe.

There are a few things you can do to ensure your mini fridge remains fully operational and doesn’t run into any snags (outside of random mechanical failure).

Set some alarms on your phone to clean and inspect your insulin fridge every two weeks, just to be safe.

You’re spending a lot of money on insulin (it’s not like it’s getting cheaper anytime soon); put in the work to ensure you’re storing it in a maintained, safe environment.

Having the right mini fridge that’s designated just for insulin could literally be a life-saver.

We’ve taken the time to look at plenty of mini fridges on the market, and have found what works best in terms of reliability, temperature accuracy and control, and overall satisfaction.

You’re forced to invest hundreds or thousands of dollars in your health through no fault of your own; make sure you store your insulin properly so that you don’t end up with wasted money on your hands.

Daniel Laney spent fourteen years working on appliances, such as refrigerators, and created Refrigerator Planet to give you an applicable, working knowledge on how to purchase, repair, and maintain your refrigerator. Daniel understands that the most-used appliance in your home is a big purchase and decision: this is your chance to draw off of his knowledge and experience, while getting the best recommendations you can find anywhere. 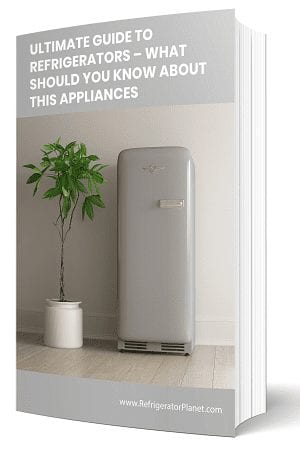 Download our FREE pdf guide and discover the importance of the energy efficient refrigerators.